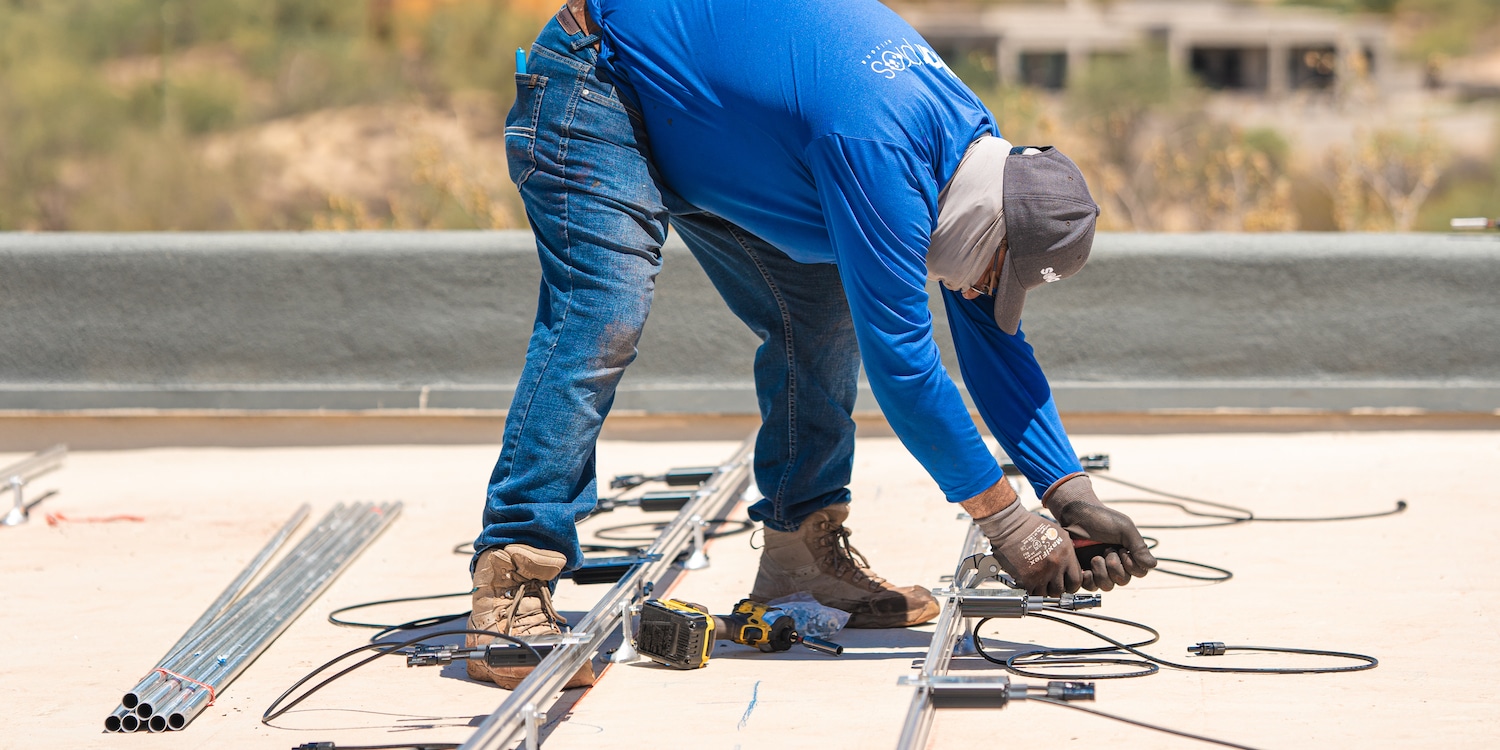 When you think of a solar panel system, your mind may immediately go to the panels themselves. However, there is so much more to a solar system than simply the panels. Multiple devices work together to power your home or business with clean, renewable energy.

Solar panels are the most visible element and essentially the “face” of your system. These panels convert sunlight into electricity using the photovoltaic effect, where they collect electrons from the sun’s light as direct current (DC) electricity. Each solar panel features multiple solar cells, and every solar system includes several solar panels called a solar array.

If panels are the face of the solar system, then inverters are the brain. They are responsible for converting solar energy collected in the panels into the format that household appliances use.

The DC electricity passes through the inverter, which converts it into alternating current (AC) electricity. Inverters also determine the route the electricity flows between all the components in the system, tracking its performance. String inverters, string inverters with PV optimizers, microinverters, and storage-ready inverters are a few available types.

The third main component of a solar power system is the mounting devices. It is the foundational structure that secures your panels in place. Most solar systems fall into two categories: roof mount or ground mount racking. Roof mounts use your home’s rafters to support the weight of the panels and are the standard choice for residential installations. A ground mount is a standalone structure made from metal pipes set into concrete footings underground. It is well-suited for commercial and rural properties.

Although it is essentially just an electrical switch, a solar power disconnect is another critical part of the system. It allows you to cut off the power input from your panels, which is necessary to assess a problem with your solar system or if any repairs are required.

Batteries are not required for a functioning solar panel system but are a valuable feature. They are not necessary for grid-tied systems but are an excellent option for those with off-grid panels. Solar battery backups allow you to store excess electricity produced by your system for later use, such as throughout the night or in extreme weather conditions. They also come in handy when your grid is down during a power outage.

Make the Switch to Solar

If you are ready to see these five components in action, Solar Pros can install a system for you in less than a month in most cases. Our team offers residential and commercial solar panel installation in Tucson and surrounding communities. Take advantage of the current tax incentives and energy savings by making the switch today.